Inspiring graduation photos of a single mother with her five children have been going viral on social media. Iesha Champs, who will receive her law degree in May, says she owes her success to her children. Iesha Champs, who is now 33-years old, dreamt of being a lawyer since she was seven. However, a lot of things got in the way, she almost gave up on reaching her goals. 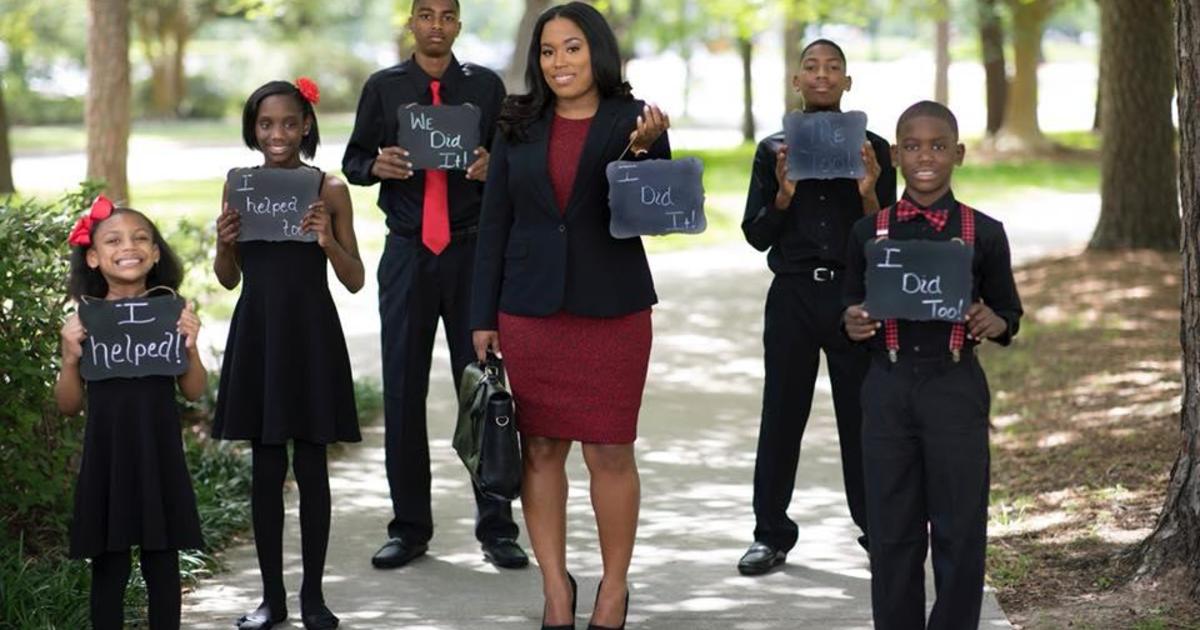 “I really didn’t have any stable guidance at that time. My mom was addicted to drugs. My dad was deceased. And I was homel-ess,” Champs told CBS News. “I lived with friends or whoever would take me in. Then I got pregnant with the first of my five children, and things just went from there.” In the midst of all these, Champs said she even thought of resorting to s!ici*e. She was grateful to the pastor who practically saved her life through a simple message. 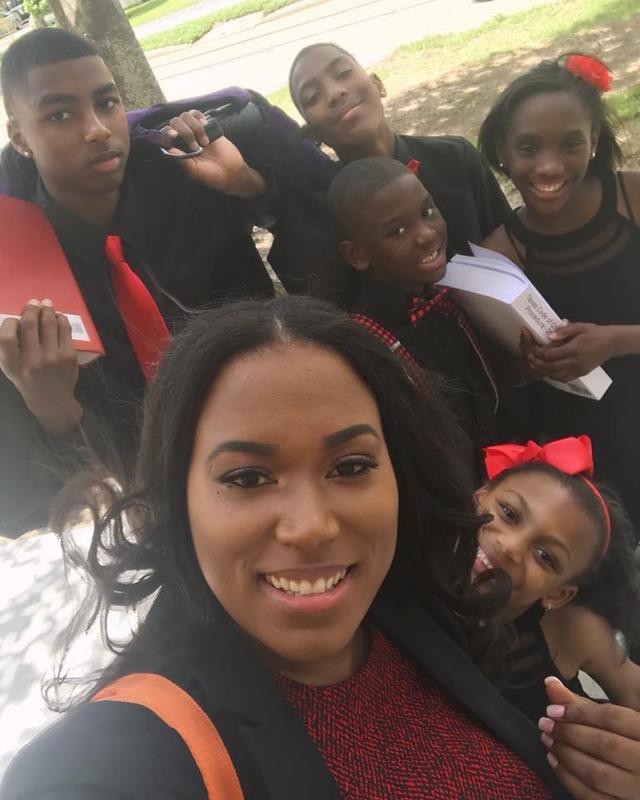 “Pastor Louise Holman called me one day and said that God told her to tell me to go back to school and get my GED, because that lawyer I wanted to be, I’ll be it!” Champs recalled. “I thought it was a little cra-zy because I was too old and I had three children with my fourth child on the way.” Champs enrolled back in school and eventually earned her GED from Houston Comm-unity College. She then went to Houston Community College, then the University of Houston-Downtown to get her Bachelor’s degree. This coming May, she will be graduating from Texas Southern University’s Thurgood Marshall School of Law. Definitely, raising five children at the same time studying law is not an easy task. But with the help of her children, she became successful in both.

“They would help me review with flash cards while I cooked. They would sit as a mock jury while I taught them what I learned that day,” Champs said. “I would sit in my closet and pray and cry because I was overwhelmed and my oldest son, David, would gather his siblings, give them a snack, make them take a bath, gather their school clothes, all to make things easier for me. And I had no knowledge of him doing that until I went to do it!” 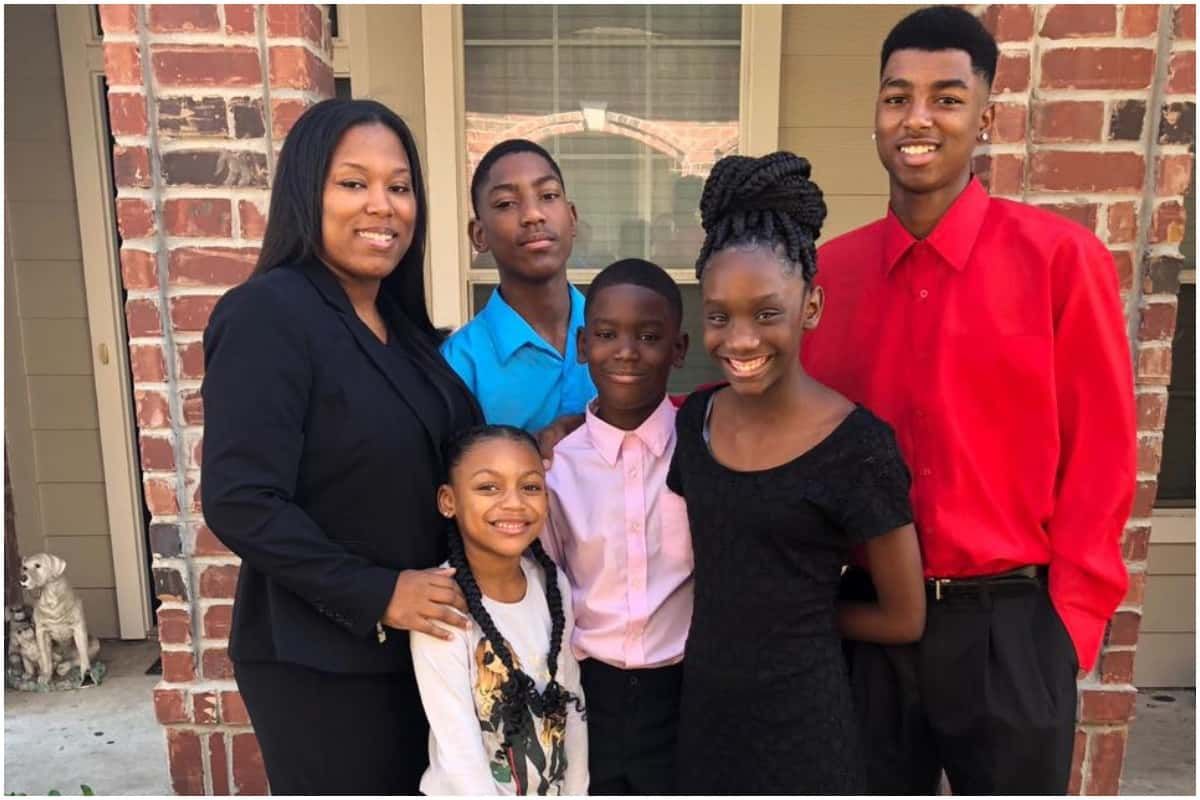 Champs commissioned a set of photos to commemorate the achievement. “I took the pictures with my kids because they helped me through school. They’re graduating too!” she said. In the photos, she was holding a chalkboard with the words, “I did it!” written on it. Her children stand behind her holding chalkboards saying: “We did it!” “I helped too!” “Me too!” 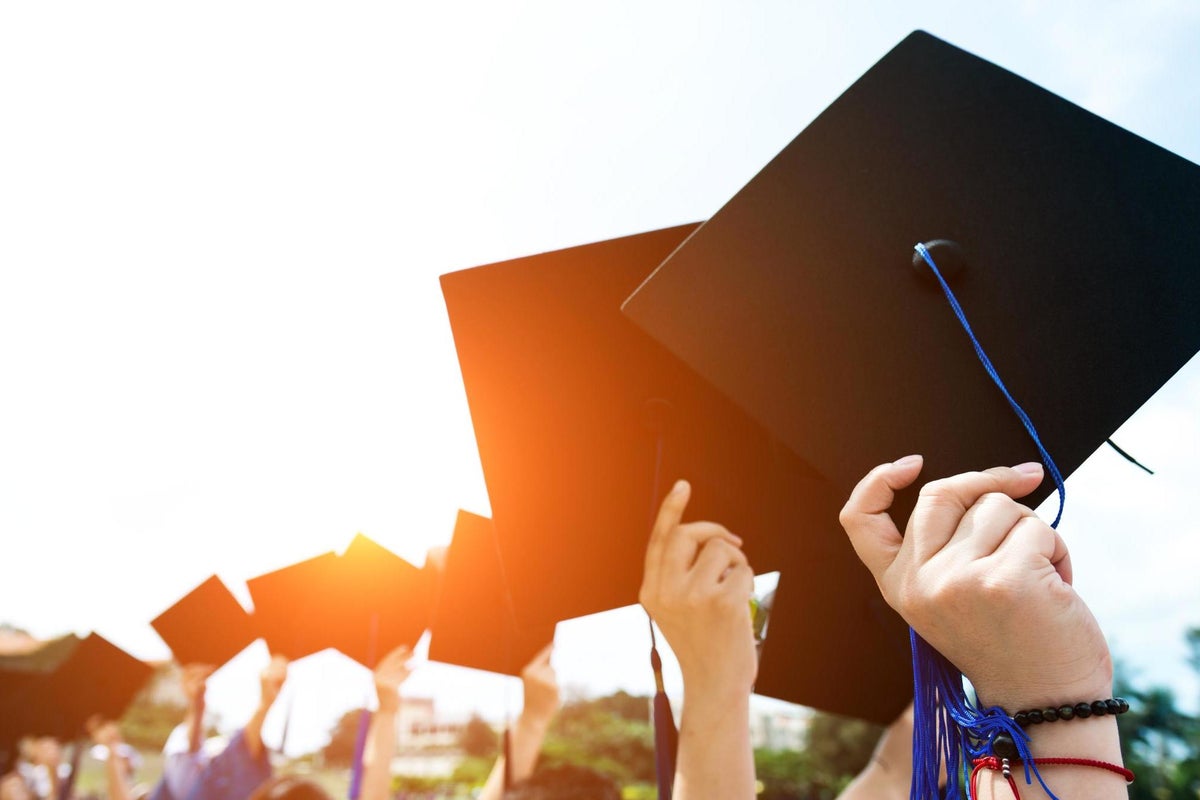 The photo immediately caught the attention of netizens and already garnered thousands of likes and comments on social media. “When I look at the pictures, I cry, I smile, and I’m very grateful,” Champs said. “I see a woman who at one time knew that the odds were against her. Looking at that picture reminds me of the fact that I didn’t just defy the odds, me and my children destroyed them.”