King Randall, a 21-year old who founded a youth organization called The X for Boys, is opening up a new school in Albany, Georgia called the New Life Preparatory School for Boys that aims to help more young Bl**k boys in the commu*ity reach their full potential. Two years ago, Randall was just 19-years old when he started The X for Boys, which provides a safe space for teenage boys age 11-17. The organization has since hosted different workshops on skills such as welding, automotive repair, construction as well as cooking.

They also organized field trips and a book club, which significantly improved the a*ility of some children who didn’t know how to read to an 86% reading comprehension rate. 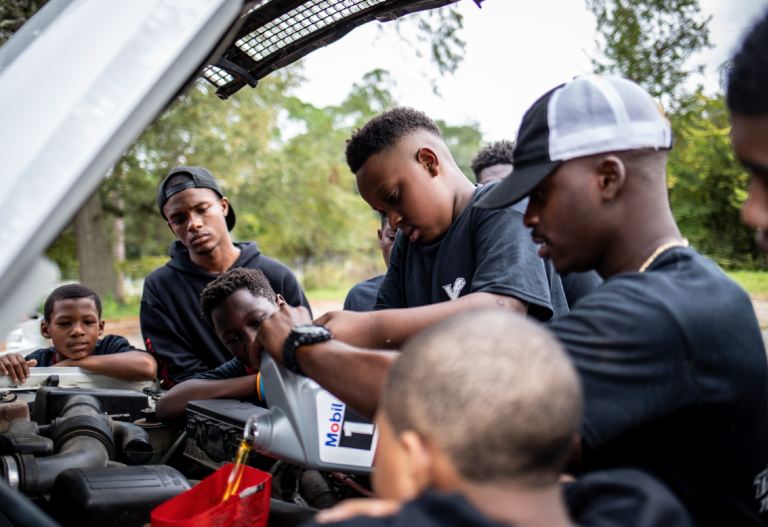 “So giving them a space where they’re around a lot of other young men and around other men trying to mold you and train you. I’ve had kids come find me at my house and come knock and ask to join The X for Boys. I’ve had kids message me on Instagram, gang members, you name it,” Randall told WALB.

He initially funded the organization’s operations solely out of his pocket but eventually, he started raising money to fund more programs. Ever since he started the organization, he really wanted to establish a school. With the support of the other people in the community and even nationwide, he is making that dream come to reality.

The New Life Preparatory School for Boys, which will be located at the former Isabella School, will focus on teaching young men traditional academics, trade skills, as well as firearms training, and the science of family and manhood.