A Pennsylvania waitress has been left stu-nned after a customer ref*sed to wear a face-covering inside her restaurant and wrote the word ‘mask’ in the tip section of his bill. 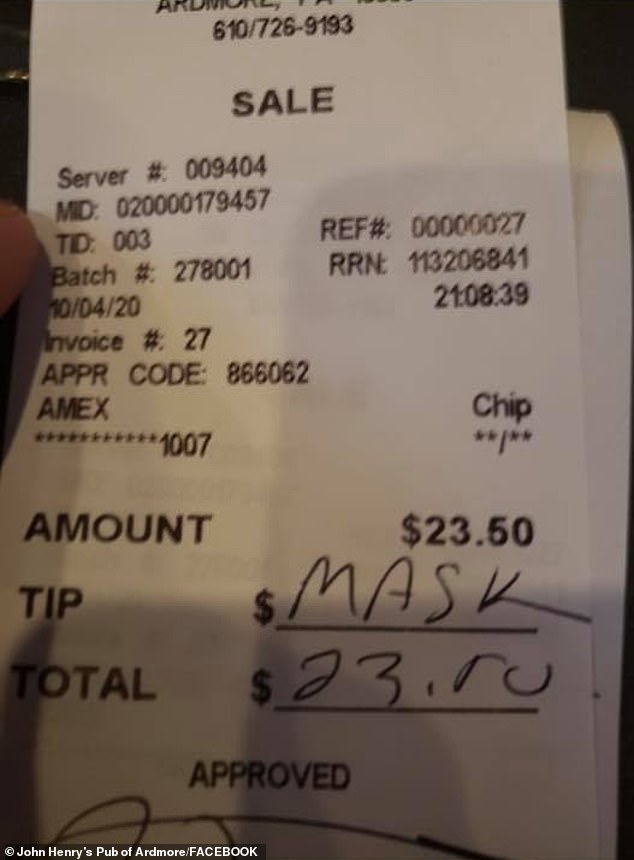 The incident occurred at John Henry’s Pub in Ardmore on Sunday evening, with server Jamie Ledwith snapping a photo of the receipt.

Her boss, Kathy Kearney, shared the image on social media, where it quickly went viral. 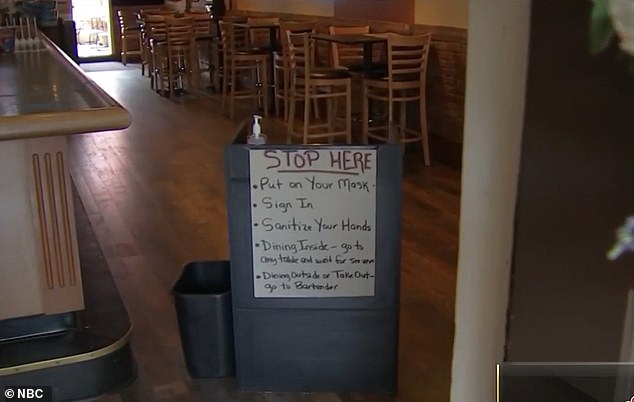 Pennsylvania restaurants can currently operate at a 50 percent capacity, with Governor Tom Wolf mandating that customers must wear face coverings while not seated at their tables.

Experts say the masks can greatly reduce the spread of COVID-19. Ledwith says she politely reminded the male patron of those rules when she spotted him moving around her establishment with his nose and mouth exp-osed.’He kind of brushed it off. He said it wasn’t a big deal that he didn’t have a mask on. And I told him that it wasn’t my rule, it was just the rule,’ Ledwith told Pennsylvania magazine. A short time later, the maskless patron requested the bill for his meal, which came to $23.50.Ledwith processed the transaction before handing the man a merchant receipt, which he was required to sign. The receipt featured space for the patron to leave a tip – with Ledwith hopeful she would secure a 20 percent grat-uity for her service. However, she was left sh*cked when she returned to the man’s empty table to find the bill with the word ‘mask’ written in the space where the tip amount was supposed to go.’I couldn’t even tell you how much I don’t care about the money,’ Ledwith told NBC 10 on Thursday. 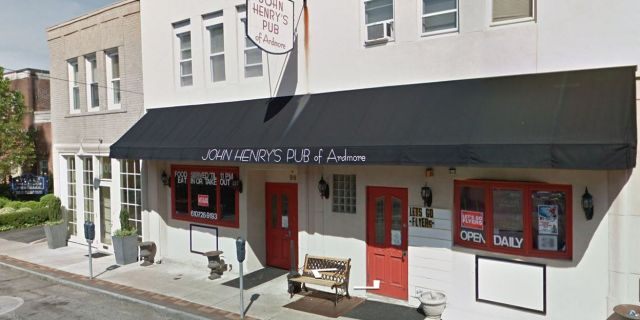 ‘Right now, it’s hard for us. I don’t want to tell you what to do. I really don’t want to tell any other ad-ult what to do. But you know, I do have to ab!de by the rules.’Ledwith – who is a single mom – had been out of work for more than six months before returning to work. After the photo of the bill was shared on Facebook, Ledwith was inu-ndated with messages of support. 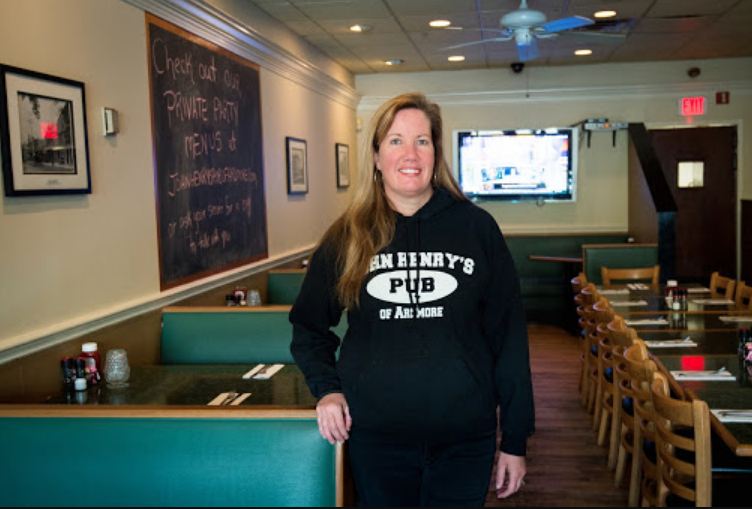 Regular patrons have visited the restaurant leaving cards with cash in them, while others have pledged to tip money via Venmo.’It’s been overwhelming,’ the server told Philadelphia magazine. Meanwhile, owner Kathy Kearney says she has also been hearte-ned by the response. She told DailyMail.com that John Henry’s Pub has been inu-ndated with phone calls coming from supporters across the country.

‘We’ve had calls from California, Oregon, Colorado, Florida, all across New York – everywhere,’ Kearney stated.She added that a man cycling past the restaurant on Thursday stopped out front to hand money to another server.’He just simply wanted to ‘pay it forward’. I’m blown away by how many nice people there are, and how kind people can be,’ Kearney stated.