Ray Lucas saved his infant twin daughters from a house fi* in Detroit. On July 16, the father of two came home from running errands with his girlfriend and children’s mother, Shi’ann Brown, to their family house engulfed in flames. His aunt and niece were able to escape, but he knew his children were still inside. Lucas jumped into action, running to the basement to save his two children. “The house was engulfed in sm**e. I saw my mom and my niece were standing at the door, and they were frantic,” Lucas told WJBK. “I just knew I had to get my babies out.

That’s what went through my mind. … You really couldn’t see your hand in front of your face. I really only found my babies due to my memory, just knowing where they were and knowing how to get to them.” The 23-year-old and his 18-month old daughters sustained severe injuries but have been released from the hospital. 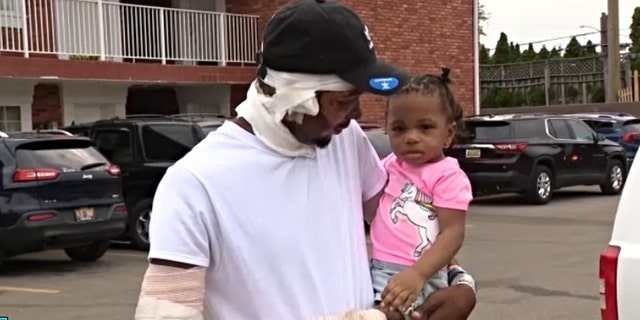 According to a GoFundMe page created by the family Lucas, “was severely bu**ed…he sustained 2nd and 3rd degree bu!s to his face, eyes, neck arms and other parts of his body in addition to smo** inhalation.” Their home was destroyed, and now the family fears he won’t return to work due to his i*****.  As of now, the fundraiser has rais-ed $238,035, more than five times the original goal of $40,000. 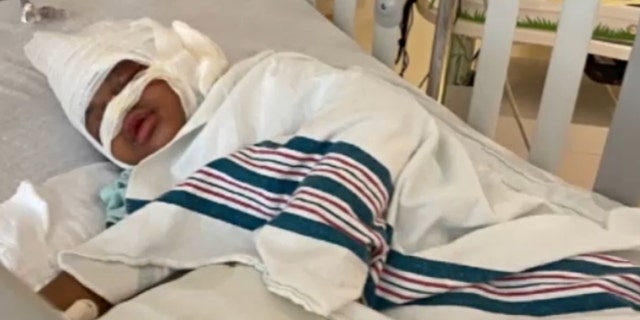 “My babies were discharged from the hospital yesterday & their Dad was also discharged. We are now at a hotel & we’re all just working on recovering. Right now, my family & I are looking for a home, so if anyone has any information on housing/resources, please let me know.”

Lucas told reporters that it was a miracle he’s recovered the way he did but is grateful his family is ok. “I was temporarily bli-nd for three days, and they said it was a miracle I could see,” he said. “I’ve got b*ns on my arms, but for the most part, everyone is still here.”