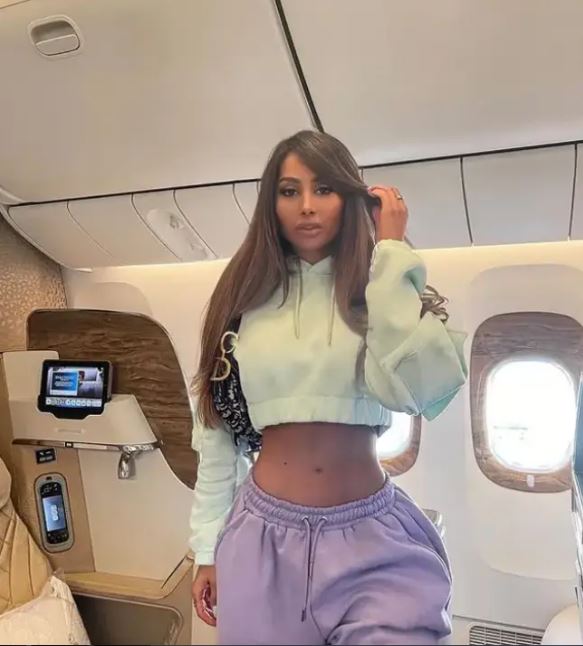 Instagrammer Oceane El Himer went viral after she tried to conv-ince everyone online that she was travelling from Dubai to Monaco in business class.

She shared a photo of herself wearing a crop-ped hoodie and distinctive lilac tra*ksuit bottoms while she posed alongside the swanky seats. “Next stop – Monaco,” she wrote in the caption on 23 May.

But she was bu*ted when someone else on the flight shared a photo of their own, which showed Oceane wearing the exact same outfit while sitting in economy – slu*mi*g it in the normal seats with everyone else. 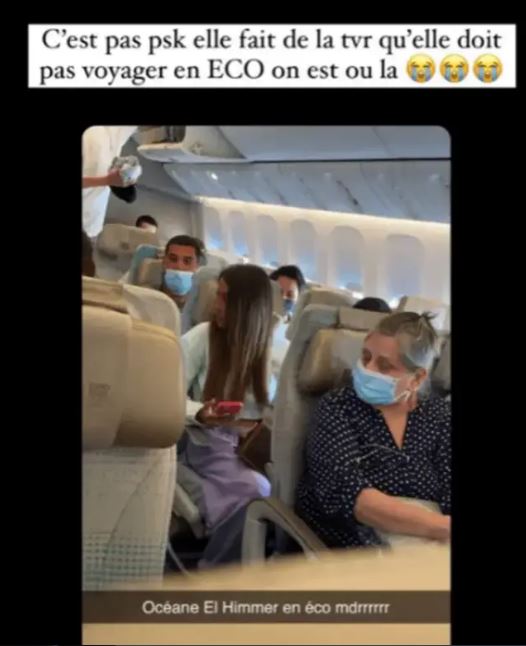 While her face is part-ially-coverered by her hair, her clothes are a bi! of a giveaway. In a new photo, location-tagged as Dubai, Oceane can be seen posing with a pal on another flight – each holding a glass of bu0bbly with one hand, while flicking a middle finger to the camera with the other.

The cheeky caption reads: “Cette fois ci promis j’ai payé,” which translates roughly as: “This time I promise I paid.”

Oceane also documented the lavish journey on her Instagram Stories, saying in one: “Next stop Dubai.”

She’s not mentioned whether she’s in business or first class for this new snap, though whichever it is, it doesn’t look like she’s having a terrible time.

After the photo of Oceane in economy found its way on the internet, she defended herself on Snapchat, saying she has ‘no shame in travelling in eco class’. Oceane, who has 847,000 followers on Instagram, also said she was not the type of person who ‘likes to show her money’.

In her Snapchat statement, she said: “I took several flights to arrive in the south, including one in eco class. Took a picture and I accepted. I fully a*s*me the fact of travelling in eco class, I’m not the type of girl who likes to show her money.

“Yes I traveled in eco and in business. And so? Where is the problem, I do not understand?

“Much more serious things are happening in life.”