With her navy blazer, a string of pearls, and refined wave, young Celeste Lewis was the spitting image of Sen.Kamala Harris — and that’s exactly why the powerful image of the preteen playing dress-up has gone viral. Celeste, 11, recently dressed up as the Democratic vice presidential nominee for a viral video shared by her mother, who said Harris’ rise to power has been incredibly inspiring for Celeste and other young girls like her.

“’ Mom, let’s play Vice President!’” Erinn Harley-Lewis wrote on Twitter alongside a video of her daughter playing dress-up. “Grateful that my 11yr old sees herself represented on the political stage.” 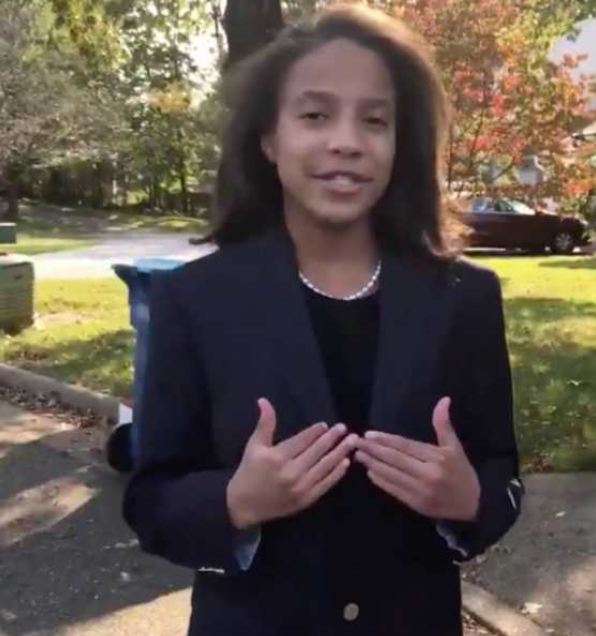 Harris, 56, who has been busy running for office alongside former Vice President Joe Biden, is the first Bla-ck woman and person of Asian descent, and the fourth woman, to join a major party’s presidential ticket. 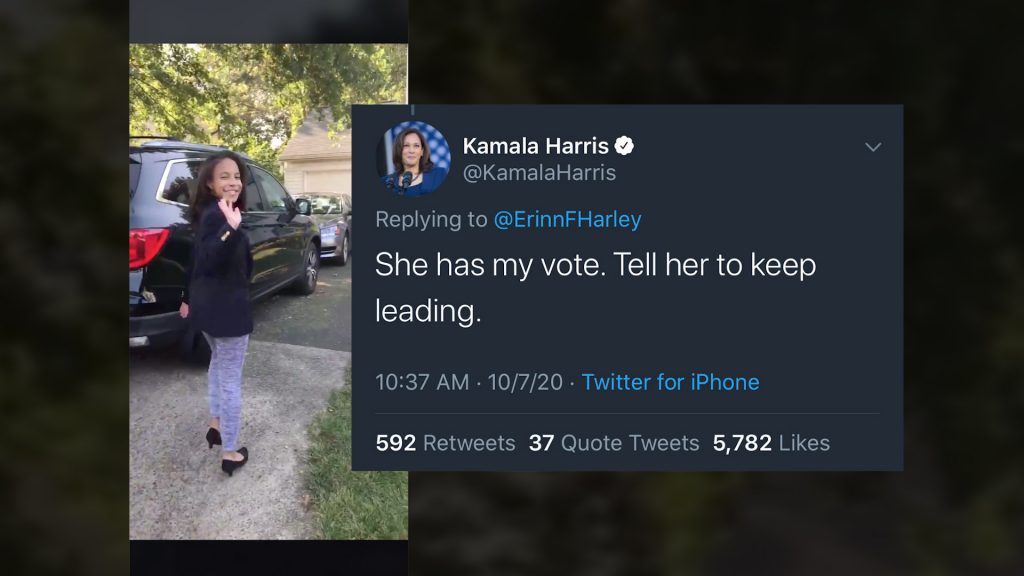 As Celeste dressed as the California senator, Harley-Lewis filmed it, acting as a member of the press pool and asking questions of the faux candidate.“When I become vice president, I want to help all the American people,” Celeste said in the clip. “I want to deliver healthcare for all, equality and justice under the law.”

The post drew tens of thousands of likes and retweets, and even caught the eye of Harris herself, who responded on Twitter.“She has my vote,” the Democrat wrote. “Tell her to keep leading,” Harley-Lewis told ABC News that at first, her daughter’s decision to dress as Harris made her laugh, as it was clear she’d been carefully observing her every move.

“I thought, ‘Wow, she really has been studying Kamala Harris very closely, she even had that wave,’” she said. The mom also reflected on the night former President Barack Obama was voted into office and recalled watching him give his acceptance speech while little Celeste was a newborn in the hospital.“It was a moving moment for me,” she said.“When I was 11 I didn’t have anybody standing on that American political stage, not at this level. So it’s certainly, for me, moving history forward.”

Harris, too, has acknowledged that women rising in the ranks of American politics is moving history forward, as she explained in 2019, when she was named one of PEOPLE’s Women Changing the World.“Each woman who breaks a barrier and expands the minds of people in terms of what’s possible and what that looks like, they do our country a great service,” she said at the time. “I certainly do think about it that way.”