The inc!dent was filmed at a Pi-ck n Pay supermarket in South Africa, where the female shopper had been asked to wear a face covering while in store.

However, she said she didn’t have one, meaning she had to get creative. 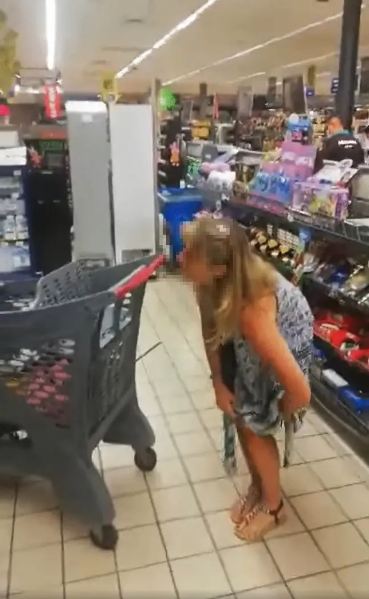 In the clip, the security guard can be seen asking the woman to put on a face mask, thr**tening to remove her from the shop if she doesn’t put one on.

The woman then reaches under her dress and removes her knickers, before placing them onto her face as a makesh-ift mask.

Another shopper appears to congratulate her, saying: “Well done.” 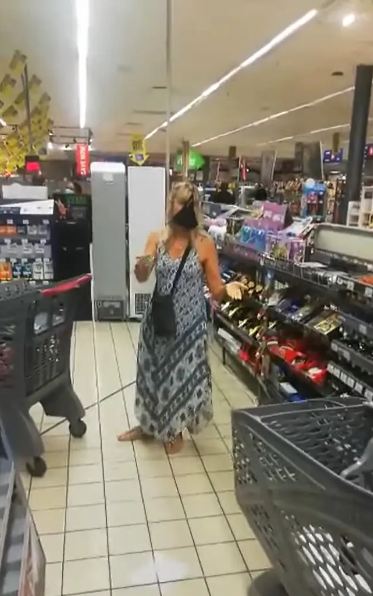 The clip has since gone viral, although not everyone believes the woman was in the right with her substitute face covering, with many social media users defending the mandated use of masks.

One Facebook user said: “Stay at home and do online shopping if you don’t like the idea of wearing a mask.”

Another commented: “This makes me s**k. She is aware of the law worldwide. We have a serious v*rus and [she thinks a G-string will save her. “Come on grow up. What must your family think?” In December 2020, South African President Cyril Ramaphosa stress-ed that not wearing a face mask in public is a c***nal offence.

Announcing that it would be compulsory for every person to wear a mask in a public space, he said: “We now know that the simplest and most effective way to reduce transmission of the cor*nav*rus is to wear a cloth mask that covers the nose and mouth whenever in public. “Until now the owners and managers of shops and public buildings, employers and operators of public transport have had a legal responsibility to ensure that everyone entering their premis-es or vehicle is wearing a mask.

“But given the grave d*ng*r our country now faces, the adjusted level 3 regulations will make every individual legally responsible for wearing a mask in public.

“A person who does not wear a mask could be arrested and prosecuted.

“On conv-iction, they will be liable to a fine or to imprisonment for a per**d not exceeding six months or to both a fine and imprisonment.”